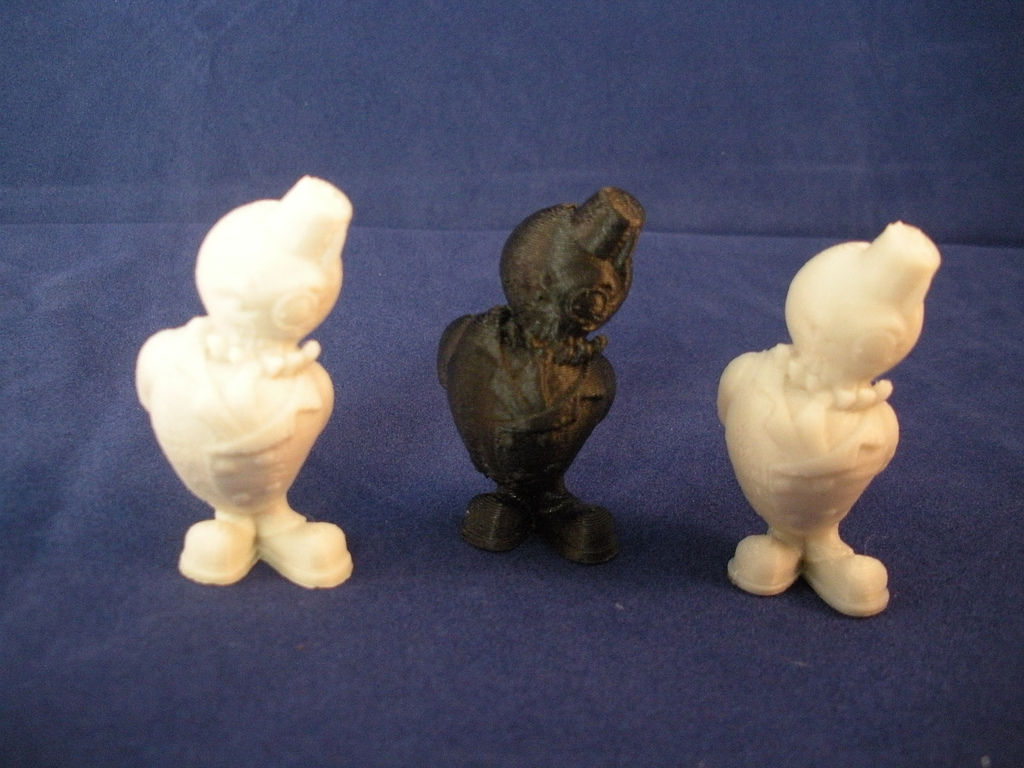 The team from ProtoPlant, Inc launched a Kickstarter to help bring to market their new line of 3D printing hybrid filaments: Proto-Pasta. Of course, since we are doing lots of filament research we couldn’t help but reach out to them and see if we could get a hold of some early samples to try out. The guys at ProtoPlant were happy to oblige and soon I was printing away in these awesome new materials.

If you are looking to get more out of your 3D printer by expanding the line of filaments and their capabilities, then this is a great way to get started. Head to Kickstarter now and back them before it’s too late. For a more detailed review, continue after the jump.

Proto-Pasta currently is made up of 3 new filaments: two PLAs and one ABS/PC hybrid. All of the filaments that were sent to me were fairly consistent across the spool when it came to filament diameter, although they were not consistent from filament type to filament type. The included documentation that came with each spool is full of info that should become the standard from all filament manufacturers, with actual numbers given for important characteristics.

All the prints bellow are the same model (http://www.thingiverse.com/thing:154484) printed at .25mm layer height with 2 shells ,10% infill, and scaled 50%. The only differences were the material and the print temperatures. 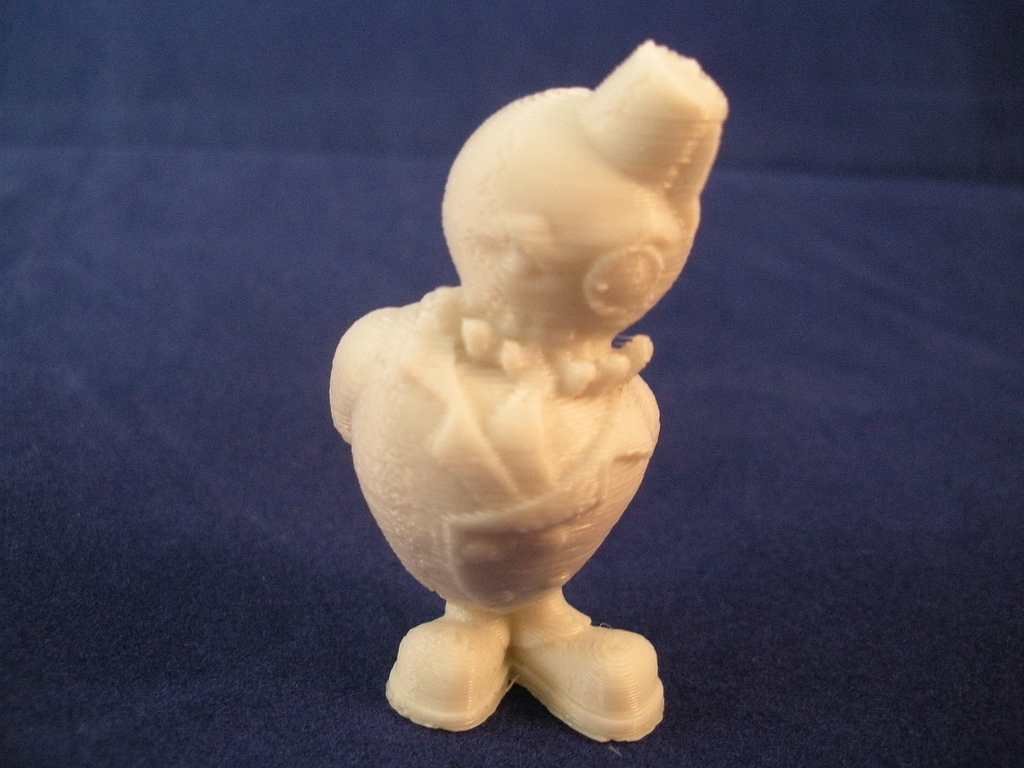 A lot of attention has been being given to some of the other filaments in this line, for me the high temp PLA might actually be the more exciting material. This material printed exactly as you would expect standard PLA to print, including not having issues with curling or shrinking. The real noticeable difference though came in areas with over hangs that usually had droop with standard PLA while being cooled with a fan. The hight temp PLA had far less sagging, even when printed without a fan. This helped improve the overall print quality greatly.

Of course, for those of us who are using our printers to print parts for other printers, the High Temp PLA has major advantages. The temperatures that can be experienced by parts like extruder carriages can cause problems when those parts are printed in standard PLA. The high temp PLA should alleviate this issue and make it much easier to build these parts in PLA instead of needing to resort to ABS. 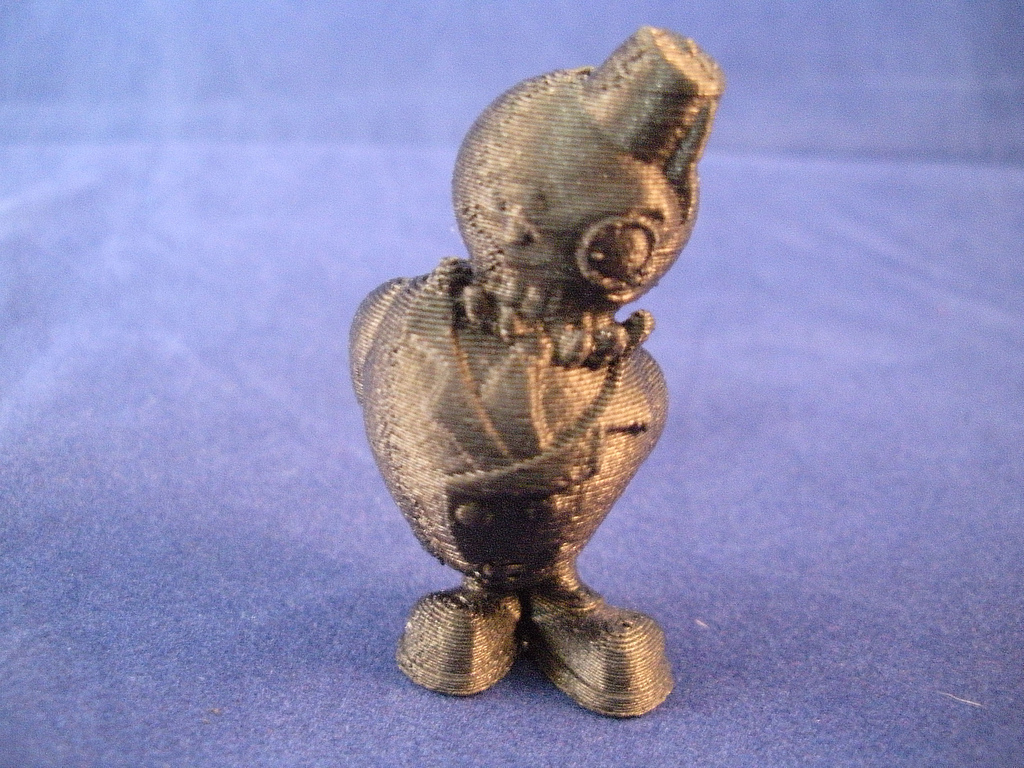 Of all the Proto-Pasta filaments the biggest buzz (as well as criticisms) have come to the carbon fiber infused PLA. The raw filament, has the same feel to it as LayWoo-d3 and can be a little brittle in it’s raw state. This brittleness is even addressed in the product data sheets. The final prints though, come out stiff and strong but much lighter than the same print made out of straight PLA. The print experienced a little drooping that is consistent with what we find from regular PLA too. One concern with this material is that it might cause clogging of the extruder. From my sample runs, I didn’t have any problems with jamming or clogging but did find it took a little more time to flush the extruder clean of black when switching colors. The final prints also have a slight rough almost gritty feel to them. 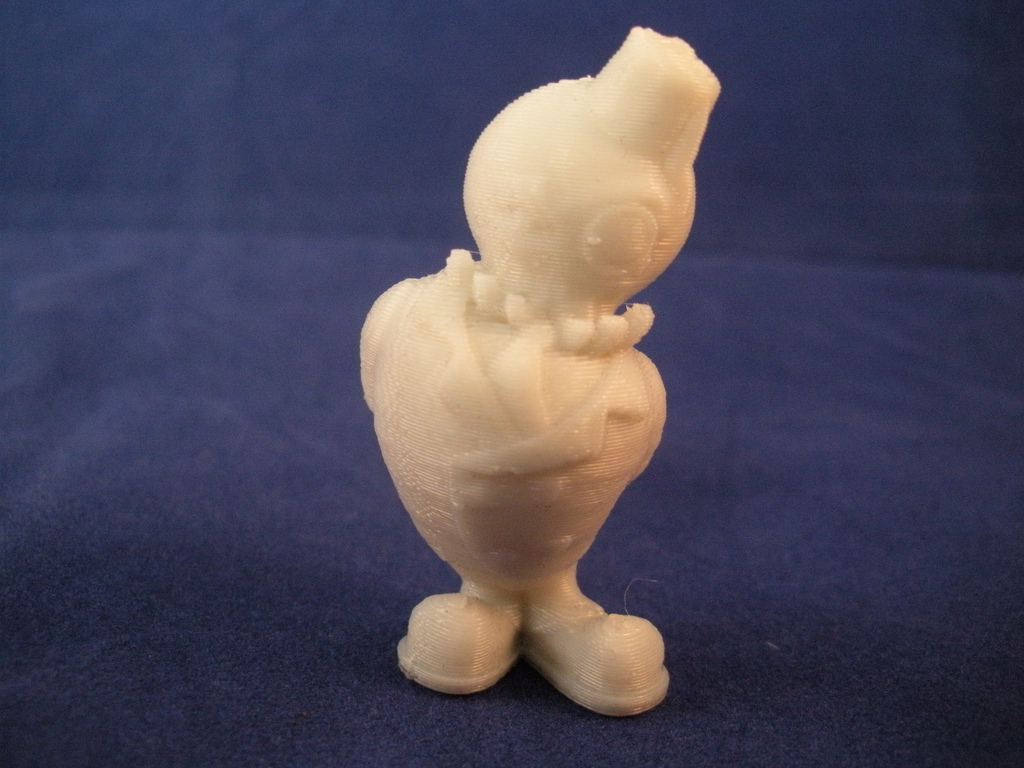 The PC/ABS filament is definitely not what I would call a “My first 3D print” material. It requires much higher temperatures and took some tweaking to get working well. I started trying to print this material on a 110º heated kapton bed with a nozzle temp starting at the bottom of their listed range. My first print curled and soon came loose from the bed. I upped my bed temp to 120º and the nozzle to 270º and soon was printing like a champ. I tried breaking with my hands some of the failed prints, a job that with normal ABS or PLA would be an easy task. I had no luck breaking the PC/ABS prints. These higher temps will mean a lot of lined extruders won’t be able to utilize this material. The growing line of all metal hotends though should soon make this and other PC filaments a way to greatly improve the strength of our finished printed objects. The final print is also very smooth to the touch.

The ProtoPlant team has done a great job bringing 3 unique filaments to the market that help fill holes in the current product lines that are available. I have backed their kickstarter and I hope these are not the last materials we will see from them.