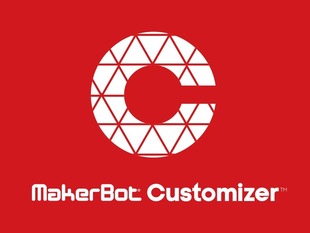 Makerbot has finally implemented and launched an API for Thingiverse and with this a handful of apps that take advantage of it. The most significant thus far is Customizer. Customizer allows designers to easily be able to make designs using OpenScad and then allow others to personalize those items using simple menus without the need to edit the code. The first few days saw a flurry of custom iphone cases and rings that quickly clogged up the Thingiverse new items feed and forced Makerbot to reevaluate the way they display new items. This also showed the success and the possibilities of a system to allow anyone to be a designer. We will demo customizer and talk about how you too can get started with this new tool as well as demoing some of the other apps that are available with the API.

I am often asked about what types of materials can be printed on standard hobby 3d printers. As a bonus I am also preparing some demo prints to show off some of the new types of filament that are becoming available along side the classics.

This event is free and open to the public at AS220 Labs in Providence, RI. We will be kicking off around 7pm on Wednesday, February 13th.